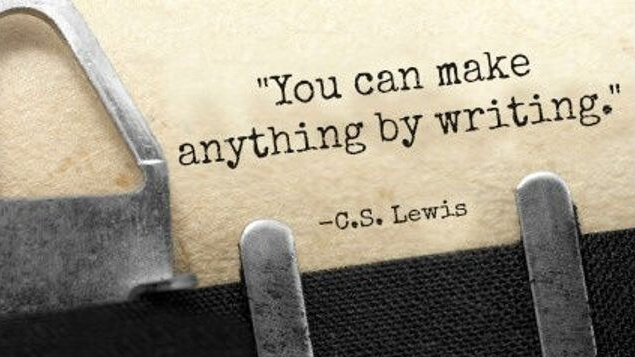 Seriously, I kind of catch myself being a creep, a lot. I’ll be in a public space and someone will sit on a table near me and pretty soon I’ve invented their entire life story. I have even caught myself being genuinely annoyed when they do something that does not conform to the character I’ve created. I find myself playing detective with people’s actions, gestures, clothing and words, trying to see the subtext behind it all.

2. Stories in your head

I never realised it was odd to have stories playing in your mind. I’ve always had random ideas of characters, plots or even just random snippets of dialogue drifting through my brain. For as long as I can remember. Can you imagine life without a play in your head?

3. Stealing places as settings for your story

You probably don’t realise you’re doing it but you’re taking mental stills of places, colours, materials and textures. I never really clocked I was doing this until I have re read descriptions of locations in my writing and found that the image in my head was somewhere I had been, noticing things without really consciously realising it.

Not even ashamed to admit I have gone so far as to act out scenes or practiced dialogue by chatting back and forth with myself to give it a more natural flow.

5. The compulsion to write

You know that itch, the imperative need to write, anything, even if it’s utter drivel. *cough cough totally not what this blog is* To put my thoughts, stories or poems down somewhere.

6. Notebooks half filled with random tat

Apparently , not everyone has a collection of notebooks filled with half started stories, plans, poems or random thoughts. One of my friends pointed this out to me because I have a box full of notebooks like this.

7. A collection of special notebooks

Pretty notebooks that you *might* one day fill with something special, although, you’ve no idea what that will be.

A Pinterest board filled with weird crap like 50 different ways to describe someone with blue eyes or words to use instead of this one, it really is kind of creepy to have saved something that breaks down how to show trauma, or sex scenes and other strange things.

9. A slight infatuation with a person you made up

Again, sometimes writing makes you a little creepy because you get to invent your dream person.

Another creepy aspect of writing, you sometimes do truly horrific things to your fictional person, which cause you to question your brain and where it pulled this crap from.

Never realised we were such a weird bunch, hey?

There’s no theme or logic here, just things I have to say.

Select a category from the drop down if you have a preference!

Things I chat about…